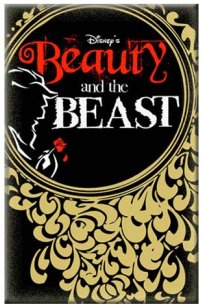 OK, it’s highly unlikely you are going to get laid by attending the Zilker Hillside Theatre’s production of Beauty and the Beast. In fact, it’s probably not a good policy to go trolling for strange at a venue where nearly half the people are under legal age – even by Arkansas standards. However, if you’re the discriminating type – someone who can tell the difference between a South Austin cougar divorcée and a dreadlocked high school hippie chick (hint: check for gray underarm stubble) – you can probably do a little browsing without subjecting yourself to criminal prosecution. Life is full of risks, isn’t it? You could make the argument that going solo to a G-rated play in the park is like cruising past an elementary school in a panel van wearing a clown suit and waving candy, but it isn’t exactly the same. There is legitimate business you can claim to be up to over at Zilker – and not just the choo-choo ride. First and foremost is Barton Springs. Yes, that Barton Springs, the most revered piece of Austin real estate that hasn’t been converted into condos or a shitty theme bar. The thing you need to know about Barton Springs – Austin’s dirty little secret – is that people like the concept of Barton Springs much more than they like the execution. Yes, it’s an idyllic setting with shade trees and grassy hills and the shrieks of little children, but the centerpiece of the whole scene is one motherfucking freezing pool of water. Pay a little closer attention, and you’ll realize that those aren’t just the shrieks of children. Yes, they’re in the same tonal register, but a good many of those shrieks are coming from full-grown adults. It doesn’t matter whether you’re packing fully formed ovaries or big, swinging brass balls, the natural reaction of any normal adult when coming in contact with Barton Springs water is to scream like a little school girl. A token few may be able to stifle the sound or at least throttle it down to an inaudible dog whistle, but regardless of what’s coming out of their mouths, their minds are twisted into an agonizing Edvard Munch painting. If you tiptoe into Barton Springs, your mind will tell you to tiptoe right the fuck back out. You can’t acclimate. The only way to go into Barton Springs is to dive headfirst … ideally not into the shallow end. The benefit of diving headfirst is that your scream will be muffled by the ice water. Jump in feet first, and there’s still a few milliseconds for air to escape past your larynx, which has already contracted to the size of a pinhole. Think about it this way: The lifeguard will be less likely to notice you’ve had a cardiac arrest in the deep end if she is mopping up the blood trickling out of her ears. Do it right. Put your towel down on the grass, walk all the way around the pool to the diving board, dive in, and swim as fast as you can to the other side. Then you can pick up your towel and make your way to the solar-heated, open-air showers, where after a few minutes your balls will descend from the far reaches of your abdominal cavity. Wasn’t that awesome? Barton Springs is such a great natural resource. Now, if your complaint was that going to see a play in Zilker Park in the middle of July would be too hot, rest assured that a quick dip in the Springs will keep you shivering for the rest of the night. It will also serve as a perfectly acceptable excuse for a grown person to stumble into a Disney musical. You can say you always carry a folding chair and an ice chest full of Shiner longnecks in your trunk. Austinites are used to inexplicable eccentricities. The payoff? Well, there’s the strange you aren’t going to get, plus the consolation prize of a damn fine Disney musical, played exuberantly by a talented cast of locals who could hold their own on any stage in America. You don’t have to be a child to enjoy the energy and unrepentant camp brought to this production, but you might have to get over your coolness – if only to keep your teeth from chattering.