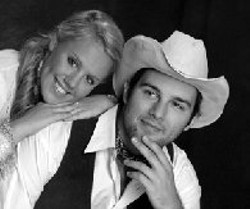 Say what you will about our shoeless neighbors to the north, you have to give them one thing: Their state song kicks our state song’s ass. Go ahead and piss and moan and beat your chest all you want, but deep, deep in your heart of Texas, you know it’s true. By comparison, Texas’ state song is a plodding funeral march. Plus, if you want to get down to the ugly truth of the matter, it’s a little braggy: Texas, our Texas, all hail the mighty state!/Texas, our Texas, so wonderful, so great! Sounds like a state with a chip on its shoulder. Sounds like a state trying to hide its inadequacies. Oklahoma, on the other hand, is a study in stately humility: You’re doing fine, Oklahoma. Oklahoma, OK! Notice the omission of superlatives like “boldest” and “grandest.” Really, there’s no need to make Kansas and Rhode Island feel shitty. You’re doing best, Oklahoma? Not even Okies are that gullible. They will, however, concede that the “wind comes sweepin’ down the plain” (that ain’t bragging; it’s the brutal truth) or that “the wavin’ wheat can sure smell sweet.” Can sure smell sweet – meaning, it’s conditional. There are plenty of situations where it doesn’t smell sweet – like when your wheat field is downwind from a seaboard hog processing plant. If you live next to one of those babies, the wind coming right behind the rain is about the worst possible thing that can happen to you – well, short of actually working in the bastard. But still, it’s not really fair to compare Texas, our Texas, with Oklahoma! The former was an amateur work composed by British-born TCU choir director William J. Marsh, with lyrics by Gladys Yoakum Wright, described by various publications as a “resident of Fort Worth.” Curious, considering she was employed in the office of the auditor of revenues for the Frisco Railway in St. Louis, Mo., when she accepted her half of the $1,000 prize for writing Texas’ state song. Who knows how that collaboration went down, especially since it ended with Gladys taking the train to St. Louis, but most disturbing is the fact that she apparently didn’t have access to a rhyming dictionary – seriously: state with great? Are you fucking kidding? Sounds like something an auditor would come up with. Oklahoma, on the other hand, is a skillfully crafted American masterwork penned by a talented team of Broadway composers who probably never set foot in Oklahoma. All you can say is, point Oklahoma for fielding a pro team. Similar things have been said about Oklahoma’s football program, but either way they’re winning. And lest you think that Oklahoma wasn’t saddled with dog of a state song, keep in mind that until 1953, their state song was Oklahoma, a Toast, which included lyrics like “fairest daughter of the West” and “fruit trees greet with a burden sweet” and ended with the word “quaff.” Theirs was written by Harriet Parker Camden (what’s with the lyricist serial-murderer names?) originally of Kingfisher, Okla., who relocated to Fair Oaks, Calif. Hmm … Clearly Oklahoma was in a similar pickle, but they stepped up and did what needed to be done. Will we be able to say the same of Texas? Maybe Willie will whip one up then move to Hawaii. Regardless, we need to bump this one up to the top of our “to-do” list. If you need a reminder of how the pros work, you can check out Summer Stock Austin’s production of Rodgers & Hammerstein’s Oklahoma! this weekend at St. Edward’s University. Ballsy move to do Oklahoma! in the heart of Texas, but that’s what Texas is all about, isn’t it? Says it right there in our state song: “boldest and grandest.” Surely we can put on the boldest and grandest production of Oklahoma! too. It might even inspire us to be bold enough to change our state song. Wouldn’t that be grand?